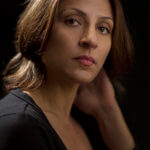 Fay Beck originally trained as an actress in the Meisner Technique. Under the guidance of her teachers, she explored the subtlety and depth of human emotion. Subsequently she went to star in various short films, theatrical productions as well as two feature films.

Beck undertook her acting course alongside studies in Psychology, Philosophy, Film, Cultural and Gender Studies at the University of Sydney.

Her psychological and philosophical theories concerning the human psyche underpin her work as a writer and director. In her writing she explores character deeply and seeks to uncover what lies at the core of human action. Often, she places her characters in extreme physical, mental and emotional circumstances. For her, character is revealed most clearly and powerfully when the stakes are at their highest.

Visually, she deploys a range of camera and angle techniques and conventions to make the camera and therefore the image, suggest the psychological and emotional world of the characters she is exploring. She uses and plays with genre to tell her stories powerfully, unconventionally; so that they may have lasting impact on the audience.

Her second short film, The Breakup, has recently been selected for inclusion in the ARFF Barcelona // International Awards 2019, in the category “Best Experimental Short Film”. The same film was a semi-finalist in the European Cinematography Awards in the category “Best Silent Film”. Recently, The Breakup, was selected for inclusion in the Cyprus International Film Festival “Golden Aphrodite” 2019. It will screen at the festival in June.

Fay Beck’s third film, the recently completed Collectors Protocol, is already receiving festival attention. Despite having just started its festival promotion run, the film has been selected for inclusion in the Berlin Lift-off Online Film Festival.

She is the artistic director at the Actors Door Studio on Brick Lane London, a school she founded. 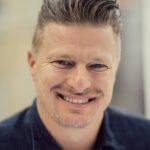 Jones is a business leader with a particular talent for making and closing deals. He has started and sold his own company, which enabled him to turn his lifelong love for film, into a passion for producing movies and making his own projects. He co-founded Angry Bee Films with Fay Beck. Since the company’s inception he has been busy learning the craft and skills in film production. This, together with his ‘hands on’ approach to filmmaking (he often works as production manager on the films he produces), have enabled him to help steer Angry Bee Films in a promising direction, which currently is to advance the company’s profile through involvement in external projects.

Graham Jones has produced 4 short films through Angry Bee Films. Three of those shorts were completed in 2018. Although the festival promotion for those projects has just begun, the films have already been selected into 4 international film festivals. 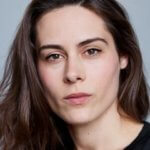 Martina Avogadri trained as an actress at the prestigious drama school, Paolo Grassi in Milan, where she graduated in 2012.

Alongside her acting training, Martina undertook Philosophy studies at the University of Milan and completed her degree in Aesthetics, the philosophy of art.

After working as an actress in Italy for a few years in theatre productions and tv shows, Martina moved to London and in late 2016 she joined the Actors Door Studio, where she began her new and most significant acting experience under the guidance of Fay Beck.

Her work on character reflects a deep exploration of human nature and her desire to investigate it in its entirety.

Martina’s love for storytelling led her to production, with the mission of bringing compelling stories to life.

Her background studies in Philosophy have provided her with precious analytical skills and insight into fundamental problems concerning art and human essence. She merges this insight with her instinct and knowledge of the acting craft.

This dual approach grounds her work as a filmmaker.

Martina has produced a few short films with Angry Bee Films and will be soon involved in their feature films projects.

She has produced and acted in the short film The Breakup, written and directed by Fay Beck.